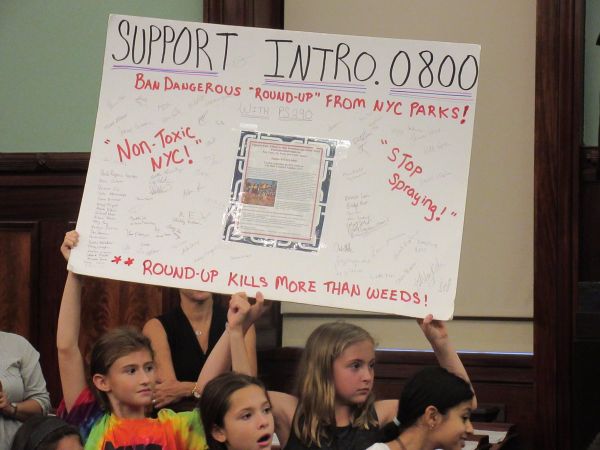 New York, NY—  New York City Parks should be a place where New Yorkers can relax and play without being exposed to dangerous chemicals.
So why is an herbicide believed to cause cancer being sprayed in our parks?

Sign this petition to make sure pesticides containing carcinogenic chemicals such as glyphosate are banned from use in New York City Parks.

Legislation introduced by Council Member Ben Kallos would do just that, by requiring that the City use only biological pesticides, derived from natural materials, instead of synthetic pesticides such as Roundup.

In 2017 the New York City Department of Parks & Recreation sprayed over 500 gallons of glyphosate, including in Brooklyn’s Prospect Park, which receives 8 million visitors a year.

Studies have indicated that Roundup is particularly harmful to childrens’ health yet New York City continues to use it.