Yesterday, the New York City Council voted to rezone the East Fifties and stop the march of super-tall buildings for billionaires from 57th Street into the Sutton Area. Within minutes of the vote and our rezoning becoming law, an order was issued and all work was stopped at one of the potential sites in the district for a super-tall building for billionaires at 58 Sutton. This was the culmination of a three year first of its kind grass-roots community rezoning. After years of out-of-control out-of-scale over-development I wanted to put residents over real estate, and we did.

In 2015, we founded the East River Fifties Alliance, which has grown to 45 buildings in the area, and 2,600 individuals from 500 buildings all over the city with support from Friends of the Upper East Side Historic Districts, CIVITAS, and citywide organizations like the Municipal Arts Society. Council Member Dan Garodnick, Senator Liz Krueger, and Manhattan Borough President Gale Brewer joined me as co-applicants, and Congress Member Carolyn Maloney joined in support. 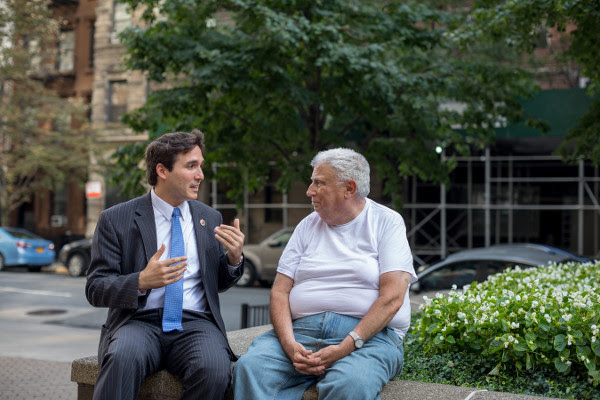 This happened thanks to the support of residents like you. Heroes like Herndon Werth and Charles Fernandez stood up to buyouts and threats from billionaires. Leaders like Dieter Seelig, former President of the Sutton Area Community got us started and Alan Kersh, Robert Shepler, Jessica Osborn, and Lisa Mercurio put countless volunteer hours into ERFA.

We did something no one thought could be done. They kept saying we would never rezone before they finished their foundation. We did just that yesterday and the work stopped just before they could finish their foundation or any other potential site in the neighborhood.

The rezoning removed the grandfather clause and will protect the Sutton Area East of First Avenue from 52nd to 59th st from supertall towers by limiting zoning lot mergers, limiting the width of towers, and forcing most of the air rights to be used in the base of a building.

The new developer had previously made thinly veiled threats to retaliate with inspiration from “The Count of Monte Cristo” and has promised to appeal, but we will continue to fight for you and to protect our community.

If you haven’t already, please share your support on our petition at BenKallos.com/petition/StopSuperScrapers