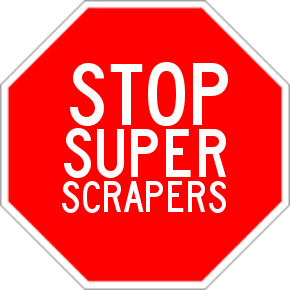 The proposed ultra-luxury 900-foot condo tower in Sutton Place, if built, would become the second-tallest building on the Upper East Side. This project is concerning because not only will it have implications for the future construction of super-skyscrapers on the Upper East Side, but because it is creating a future where only people who can afford it will have access to air and light.

If you agree, please sign this petition urging the developers of 426-432 East 58th Street to limit their construction to a height that respects the residents of neighboring buildings and the larger Upper East Side community.

You can learn more from the initial coverage by Daniel Fitzsimmons in Our Town or my Opinion Editorial.

Skyscraper That Would Soar Over Sutton Place Runs Into Neighborhood Opposition

“This is about preserving our residential neighborhoods and the light and air for the people who live there,” Mr. Kallos said. “The community is finally fighting back against superscrapers.”

By Mack Burke and Cathy Cunningham

Push for Height Limits Extended Across Entire Upper East Side

"We are getting ready to fight,” said City Councilman Ben Kallos, a critic of residential skyscrapers who supports the board’s proposal and is working to advance it from idea to reality.

Many members of the community have joined the opposition to this proposed tower. You can read the Turtle Bay Association's resolution against the megatower, a statement from community member Alan Kersh presented at the CB6 Land Use Committee meeting, and a resolution from Community Board Six calling for further review and action.