Following an expansion of the Upper East Side’s safe streets network, coupled with an increase in education, safety equipment, and enforcement, bike safety from 30th to 97th streets on Manhattan’s East Side continues to improve as a result of a program led by Council Members Ben Kallos and Keith Powers. Since the program’s launch by Council Member Kallos in 2014 there has been a trend toward fewer injuries for pedestrians, cyclists and motorist injured in collisions. The trend also shows fewer collisions involving cyclists.

This year, the program included a new bike safety officer and the expansion of protected bike lanes. 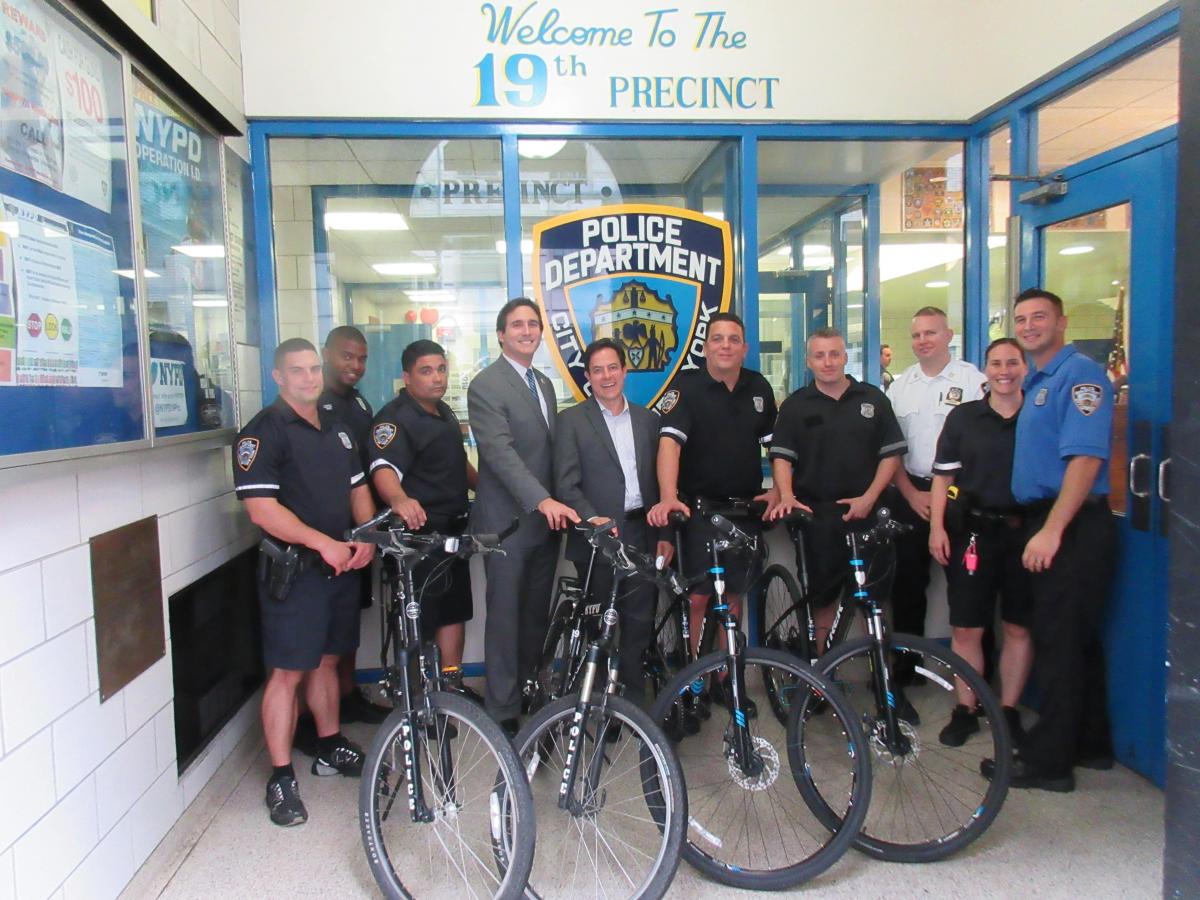 Since 2013, when the program launched, injuries and deaths on the streets of the Upper East Side have consistently declined. In 2013, 1,564 people were injured and 11 people died, while in 2018 there have been 998 injuries so far and 4 deaths. Pedestrians have seen the greatest safety improvements, with pedestrian injuries falling this year to nearly half their number in 2013. Since 2013, no pedestrian has been killed by a bicycle, and this year only 13 of the injuries to pedestrians were caused by a bicycle.

This positive trend is a result of the continuing bike safety program sponsored by Council Members Kallos and Powers is a partnership with the Department of Transportation, Bike New York, Citi Bike operated by Motivate, the East 72nd Street Neighborhood Association, and the New York Police Department’s 17th and 19th Precincts. The program was designed with advice and support from Transportation Alternatives and Streets PAC. 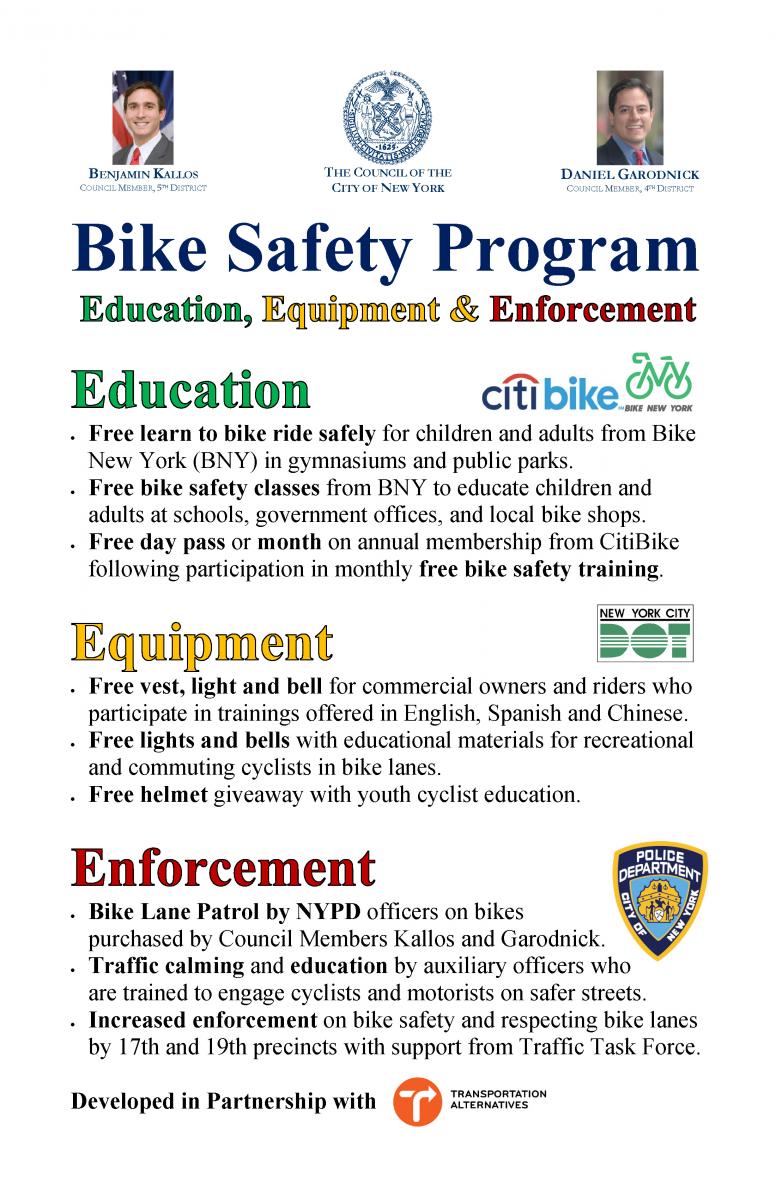 For the third year in a row the East 72nd Street Neighborhood Association released a Delivery Bike Report Card, in partnership with Council Members Ben Kallos and Keith Powers, doubling the number of restaurants surveyed to 95, in which 30 restaurants received an “A” for delivery cyclists who wore vests with identification along with helmets and used human powered bikes with lights and a bell, while 42 restaurants received an “F” for using illegal e-bikes. The report was followed by confiscation of e-bikes from restaurants receiving an “F” by the NYPD’s 19th Precinct.

Following two years of e-bike enforcement where the Upper East Side accounted for more than 10% of all e-bike seizures citywide, Mayor Bill de Blasio announced on October 19, 2017 that beginning 2018, NYPD will begin issuing violations to businesses of $100 for the first offense and $200 for each subsequent offense. Coupled with Local Law 47, authored by Council Member Ben Kallos, businesses with unpaid violations or repeat offenses could risk losing their licenses, permits or registrations necessary to do business.

Additionally, the analysis found that the number of collisions involving cyclists has a downward trend despite ridership increasing.

Since the summer of 2015, the bike safety program spearheaded by Council Member Ben Kallos and Council Member Keith Powers has succeeded in its goal of helping pedestrians and cyclists safely enjoy city streets, as covered by CBS, NBC, Our Town and amNY.